Hair of the alien

The Land Beyond Beyond :: The Five Percent

Hair of the alien

Re: Hair of the alien 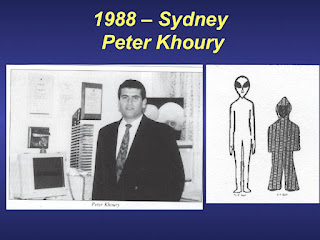 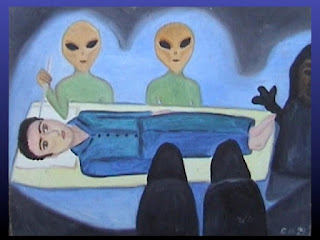 Peter Khoury had a bizarre experience on July 23, 1992, in Sydney, Australia.  He had a shattering experience on July 12, 1988, which he was ultimately able to understand as an alien abduction.  It changed his life. He would go on to help others who had similar experiences by establishing the UFO Experience Support Association (UFOESA).  But nothing prepared him for the July 1992 episode.  It was so shocking that Peter would only share the experience with his wife and a few close associates.

The July 1992 incident had yielded a remarkable piece of evidence - a hair sample apparently from a blonde "nordic" entity.  I was able to work with a biochemistry team which would provide the world's first DNA analysis of a biological sample implicated in an alien abduction experience.  The team wanted to see if the sample provided forensic DNA evidence that might support the extraordinary story.  It did far more than that.

The Land Beyond Beyond :: The Five Percent